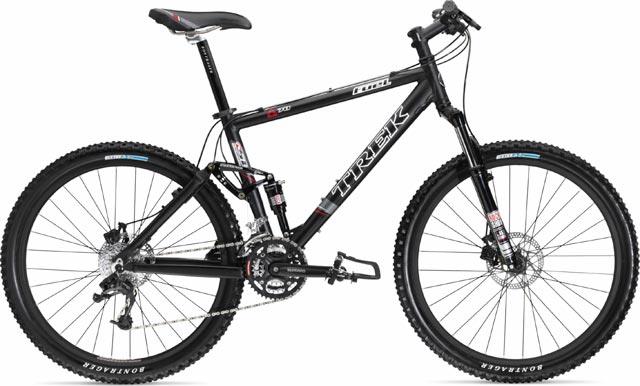 Went in to look at some shoes and bought a Trek Fuel 70 with full suspension. What got me was 2006’s black edition, since my road bike is black also, I thought they would make a really nice pair.

Took it out this afternoon and the full suspension does make a difference in ride. I can feel the extra speed on flat terrain and it seems stronger going downhill, more in control. It’s heavier than the Moab but the upgrades in suspension and disk brakes was worth it.

The Moab is passed down, let’s see who jumps on it first and decides to draft me for a day.

Spent 10 years in Charlotte, a block away from an entrance to the McAlpine Creek Greenway.

Switched to a mountain bike from the road bikes I was accustomed to riding for 15 years.

The time spent on these trails was most appreciated.